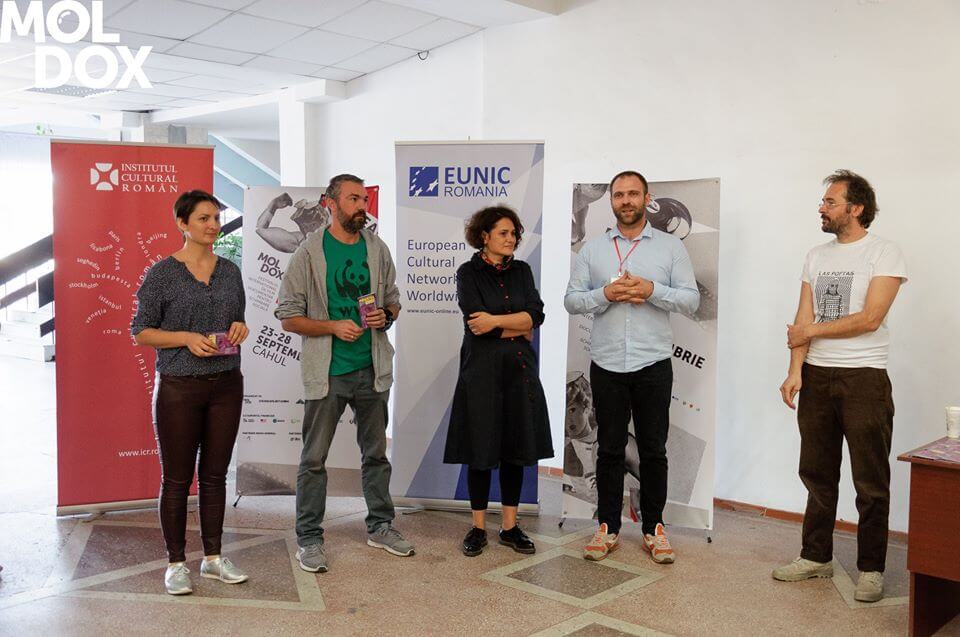 One of the main objectives included in the project from the very beginning was that, after its display in Bucharest, to make the exhibition travel to at least two other countries/cities abroad.

Republic of Moldova was highly envisioned, especially because members of the newly formed local cluster in Moldova did not manage to organize any constant activity until now. Taking into consideration the important cultural and lingvistic link between Romania and Republic of Moldova it was assumed as a moral responsibility for EUNIC Romania cluster to extend its activity, to try to increase the awareness about collaborative EUNIC projects, encouraging in the same time the proactivity in EUNIC Moldova cluster. Due to budget and space limitations, it was decided that only the Romanian comics exhibition to travel to Moldova (Cahul and Chișinău). 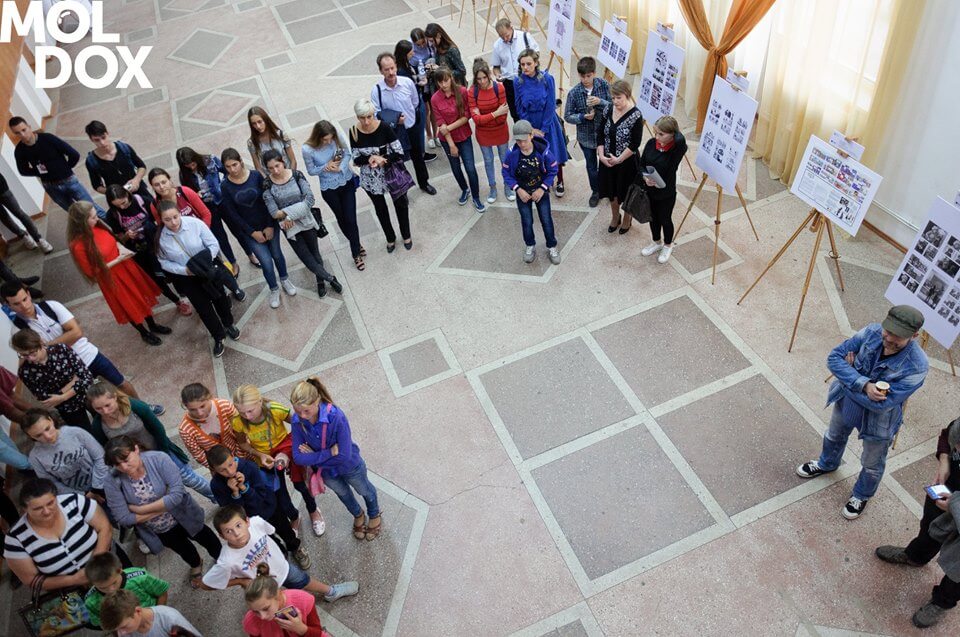 The Opening event within MOLDOX Festival (Cahul) took place on the 26th of September 2017 at Palatul de Cultură in Cahul, in the presence of approximatively 100 visitors (children and adults). At The Opening event were present Alexandru Ciubotariu (curator), Maxim Carlan (MOLDOX festival director), Octav Avramescu (co-founder at Jumatatea Plină Association), Natalia Andronachi (Forumul Cultural Austriac), Anca Hrab (Romanian Cultural Institute). 100 brochures Povestea Emei by Alexandru Ciubotariu (published within the EUNIC project in Bucharest) were offered to the public attending the opening event. Alexandru Ciubotariu offered autographs to children and the adults present at the opening event. Octav Avramescu exhibited during the opening event a comics book stand from Libraria Jumatatea Plina. 14 Romanian comics with relevant social themes were displayed throughout the Festival and the exhibition stayed opened for the public until the middle of October. Media Coverage: TVR Moldova DIEZ MD (https://diez.md/2017/09/27/foto-expozitie-de-benzi-desenate-la-cahul-vezi-ce-povesti-sociale-aduc-prim-plan-lucrarile/)